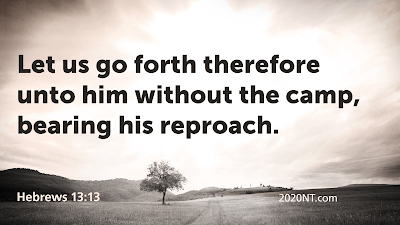 Key Verse: Hebrews 13:13
Big Idea: Following the Son of God is to be at home with God and exiled from the world.
In the final chapter of the book of Hebrews, the supremacy of Jesus is applied to real life. If we have  a better word from God, better promises and a better priest, we ought to live in a better way. Some of the ways this works out are mundane: show hospitality to foreigners or follow the pastors of your church. Others are extreme, describing how we should grieve with fellow Christians in prison unjustly.  But they all point out that as Christians, we live in this world but are not of this world. We are pilgrims, only living here for a little while, but our true citizenship is not of Texas, the United States or even the Earth. The cities of this world are passing away, but our eyes must be fixed on the New Jerusalem coming down from Heaven, where our citizenship lies.

Older kids: Hebrews 13:4 talks about the marriage bed being undefiled. Why do you think that sexual morality is included in a chapter like this, in between being arrested for your faith and greed? Does adhering to a biblical morality in this area cause people to be outcasts?

Discussion idea: Why is the idea of being rejected so painful for us? When does following Jesus make us lower in the eyes of other people?
Prayer focus: Think of an area in your life where you are tempted to worry about what people think instead of what God thinks. Pray for the wisdom to follow Jesus, wherever He leads.
Posted by Chris at 12:00 AM